Diet: Juveniles feed on a variety of crustaceans. The diet of older specimens consists mainly of juvenile fish.

Threats: Grey gurnards are of lesser commercial importance, and are mostly caught as bycatch for other flatfish.

Diet: This ray feeds on fish and invertebrates.

Threats: Of commercial interest and near threatened according to IUCN red list. The thornback ray is often caught as bycatch by trawl and gillnets.===MSP Challenge===

Demersal fish are caught by all fishing fleets, but mostly by bottom trawl. 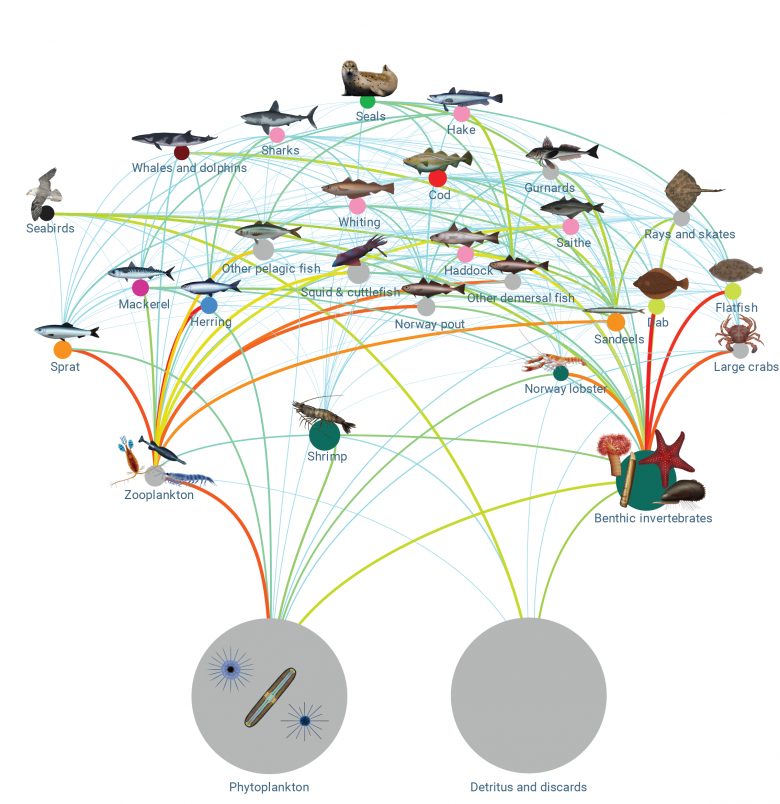 The grey gurnard is an abundant demersal species. Gurnards are key predators in the North Sea and have become more important in recent years. In winter they form dense aggregations locally to the northwest of the Dogger Bank, whereas in summer they are more widespread. This fish produces sounds.

The thornback ray is usually found on shallow mud, sand, or gravel seabeds up to 60m depth. It is less abundant in the southern North Sea. Its population levels are presently too low for the ray to fulfill its ecological role.